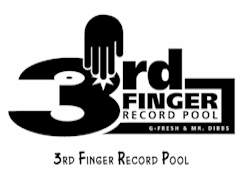 DJ Will aka DJ Scuzzy

The love of music turned this athletic young man’s attention from the track and field world to being a disc jockey.  Born and raised in on June 17th under the sign of Gemini, William H. Chapel II attended and graduated from ITT Technical Institute.  He developed quite a following in the as “D.J.  Will”.

Hardly a weekend goes by without his turntable wizardry being in demand by ’s hottest nightclubs and private parties.  He is also a hot commodity among the fraternities and sororities in the area in need of the latest party jams.  No stranger to fun himself, D. J. Will annually hosts two of the fattest hip-hop parties in Nati.  Known for his large collection of R&B and dance records, “D.J.  Will” is ready to answer the call.

He has made guest appearances with independent artists such as Renaissance, LaKeisha Berrie, Kompozur, Demecka, K Reiley, Shy Slim and Lil’Flip.  His marketing skills have resulted in prominent positions on both independent and major record labels. Spending time in the studio producing tracks for upcoming artists led to the success of his first single “Quickweave,” featuring Big Diamond.  This has marked “D.J. Will’s” legacy in the studio.

When he’s not spinning records at the parties, “D.J.  Will” enjoys working on electronic devices.  Standing 5 feet 7 inches and weighing 175 lbs.,  “D.J.  Will” enjoys eating cake, bread, rolls, cornbread, biscuits and French fries.  He also likes the color blue, and when listening to music he enjoys Tupac, 112, Musique Soul Child, and Lil’ Flip.

“D.J.  Will” hopes to one day own his own nightclub and from the looks of it, Cincy’s Bill Chapel is headed for a successful career in the music business.  If there’s a party going on, then “D.J.  Will” is in the house and everybody say, “Ho”!

DJ Will aka DJ Scuzzy Pictures